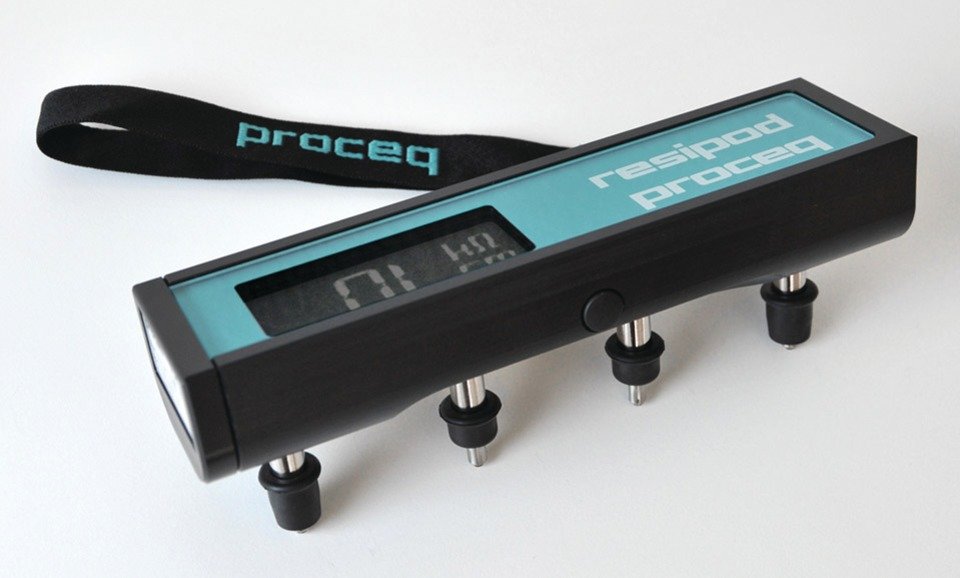 Electrical Resistivity will have a a bearing on the corrosion rate of concrete as an ionic current must pass from the anodes to the cathodes for corrosion to occur. We keep two options in stock for Concrete Resistivity measurement.

The first is the Proceq Resipod, a four probe resistivity meter based on the wenner probe. This was originally developed for measuring resistivity in soil. The Resipod is specially modified for concrete resistivity measurement on site. It can be used to measure the possible corrosion activity if steel is depassivated. The system works by applying a current between the two outer electrodes and measuring the potential difference across the two inner probes. This helps eliminate any affects due to surface contact resistances. This method is considered the most accurate and negates a requirement to drill holes in the concrete to insert the probes. The probes on the Resipod are spring loaded and simply push onto the surface of the concrete. 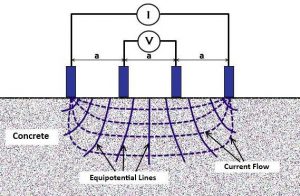 The second option is a two probe Resistivity meter (or DRAM). These are a cheaper and considered a less accurate method. These two probe units are inserted into drilled holes in the concrete. The holes are drilled to improve the electrical contact by getting below the surface latence and any minor carbonation.  In the past the drilling of holes was considered mandatory for resistivity measurement. To further improve conductivity the drilled holes are filled with a conductive gel.

Electrical Resistivity is an indication of the amount of moisture in the pores and the size and irregularity of the pore system within the concrete. It is strongly affected by the quality of the concrete, for example cement content, water/cement ratio and any additives used.

Chloride level does not have a direct affect on concrete resistivity as there are plenty of ions dissolved in the pore water and a few more Chloride ions here or there do not make a difference. Chlorides can however encourage concrete to retain water which will reduce concrete re 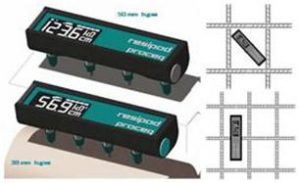 As a rule either the four probe or two probe unit requires a probe spacing larger than the maximum aggregate size to avoid measuring the resistivity of a piece of aggregate alone rather than the concrete paste and aggregate combined. Reinforcing steel should also be avoided. If avoiding is not possible then readings should be taken at right angles to the steel rather than along the length of it to prevent it providing a ‘short’ path for the current during measurement. Measurements should also be taken away from the edges of the concrete.

Corrosion is an electrochemical process, with current in the form of ions flowing through the concrete. The resistivity allow the user to determine the capacity of the concrete to allow corrosion, but it will not tell the user if corrosion has started or if the capacity is being used to the full.

Resistivity measurement in concrete a useful addition to a suite of testing. It should not be used as a stand alone test. Readings should be considered alongside other methods, such as Half-Cell or Linear polarisation (LPR).

Please feel free to contact us to discuss any concrete NDT requirements for your project.